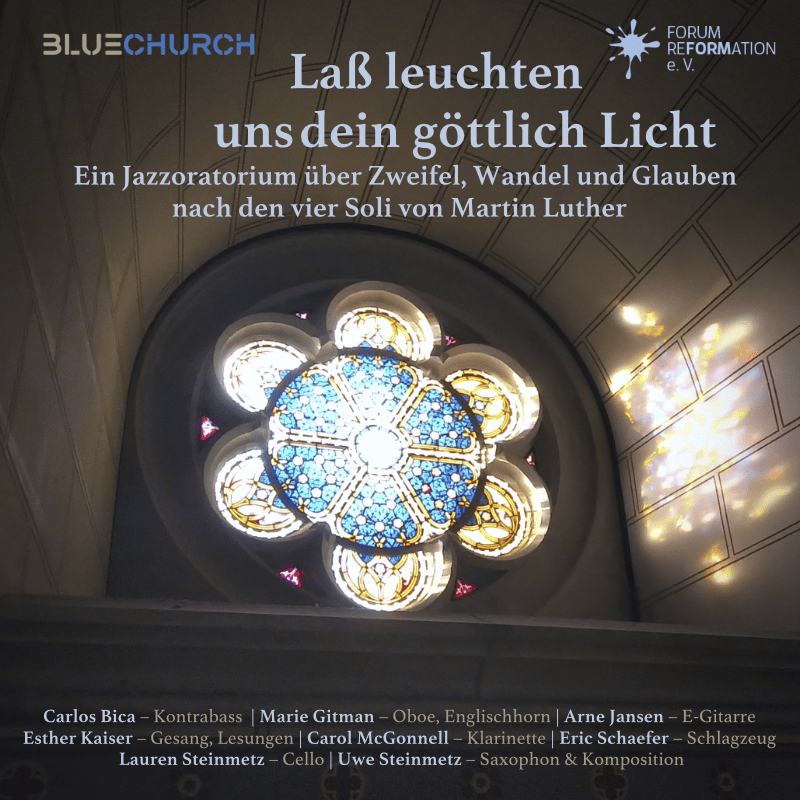 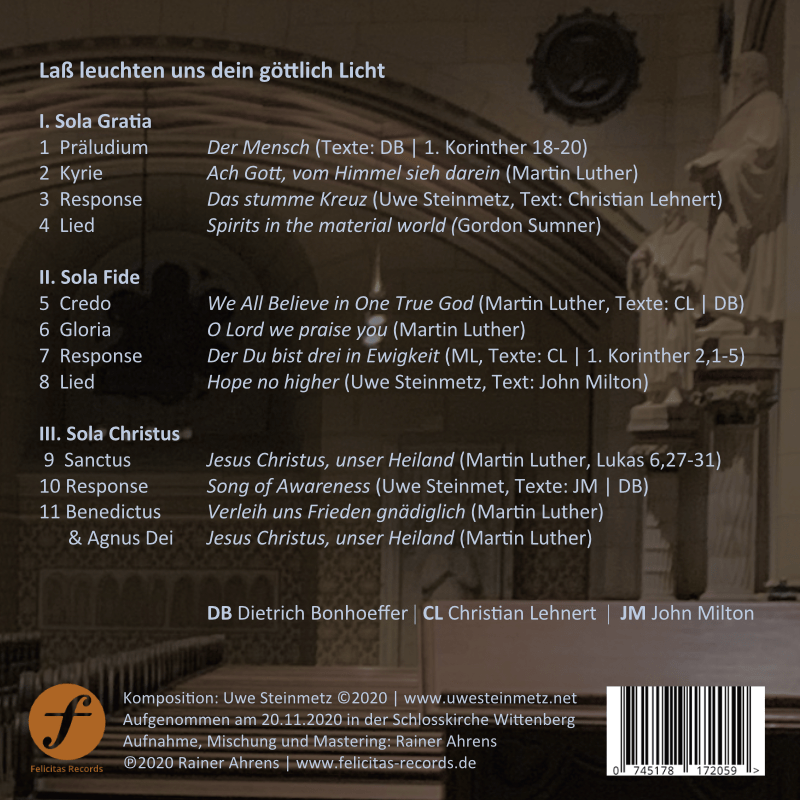 The world is closer together than ever before […] but divided in dealing with the consequences of colonialism and the exploitation and destruction of the earth, such as climate change, pandemics, migration movements, social injustice and racism. It is overwhelmingly a time of conversion, pause, and reorientation: “How do we want to live?” – “How can we achieve change and make it sustainable, just and free?”

Let your Divine Light shine upon us, a work commissioned by the “Forum Reformation” movement
on the occasion of the 500th anniversary of Martin Luther’s main Reformation writings,
traces these questions from a Christian perspective from the roots of the
Reformation movement to the present day. […] In the tradition of Luther, who often arranged hymns of the early church or folk songs in contemporary sound language for the Reformation services, this oratorio encompasses seven of Martin Luther’s chorales, in addition to four of my own compositions and arrangements, which interpret core elements of Luther´s theology. Three biblical readings (Sola Scriptura) form the textual foundation, texts by other […]significant Protestant Christians, John Milton, Dietrich Bonhoeffer, Gordon Sumner and Christian Lehnert comment and complement.

The Reformation movement, thanks to Martin Luther’s love of music […]was at the same time
A liberation movement for music. It inspired religious artists […] like
Johann Sebastian Bach […] to the present day […] to understand their music as a language of
spiritual experiences and to create it with a freedom,
that connects cultures and religions […]. Spiritual Jazz with its roots in the Protestant churches of North America by artists like Duke Ellington, Mary Lou Williams and John Coltrane is an important heritage of this musical reformation movement in the […] present – and this oratorio is rooted in the same tradition, but with decidedly European roots of Protestant church music.

You can find out more about which cookies we are using or switch them off in settings.

This website uses cookies so that we can provide you with the best user experience possible. Cookie information is stored in your browser and performs functions such as recognising you when you return to our website and helping our team to understand which sections of the website you find most interesting and useful.

Strictly Necessary Cookie should be enabled at all times so that we can save your preferences for cookie settings.

If you disable this cookie, we will not be able to save your preferences. This means that every time you visit this website you will need to enable or disable cookies again.